40 Maps That Will Help You Make Sense of the World

If you’re a visual learner like myself, then you know maps, charts and infographics can really help bring data and information to life. Maps can make a point resonate with readers and this collection aims to do just that.
Hopefully some of these maps will surprise you and you’ll learn something new. A few are important to know, some interpret and display data in a beautiful or creative way, and a few may even make you chuckle or shake your head.
If you enjoy this collection of maps, the Sifter highly recommends the r/MapPorn sub reddit. You should also check out ChartsBin.com. There were also fantastic posts on Business Insider and Bored Panda earlier this year that are worth checking out. Enjoy!

1. Where Google Street View is Available

2. Countries That Do Not Use the Metric System

3. The Only 22 Countries in the World Britain Has Not Invaded (not shown: Sao Tome and Principe)

Map by Stuart Laycock (via The Telegraph)

5. McDonald’s Across the World

6. Paid Maternal Leave Around the World

Map by The New York Times

7. The Most Common Surnames in Europe by Country

9. Map of Time Zones in Antarctica

Map by Phoenix B 1of3

10. Global Internet Usage Based on Time of Day

14. Map of Alcohol Consumption Around the World

16. Map of Rivers in the Contiguous United States

17. US Map of the Highest Paid Public Employees by State

19. Map of Where 29,000 Rubber Duckies Made Landfall After Falling off a Cargo Ship in the Middle of the Pacific Ocean

20. Map of Countries with the Most Violations of Bribery

21. World Map of Vegetation on Earth

23. If the World’s Population Lived in One City

24. The Number of Researchers per Million Inhabitants
Around the World

Map by BP via Business Insider

26. The 7000 Rivers that Feed into the Mississippi River

29. The Economic Center of Gravity Since 1 AD

30. The World Divided Into 7 Regions,
Each with a Population of 1 Billion

31. Earth’s Population by Latitude and Longitude

32. Map of Contiguous United States
Overlaid on the Moon

33. Frequency of Lightning Strikes Throughout the World

Map by Citynoise on Wikimedia Commons

34. Overall Water Risk Around the World

35. The Most Dangerous Areas in the World
To Ship Due to Pirates

36. Area Codes in Which Ludacris Claims to Have H*es
(song reference)

37. Where 2% of Australia’s Population Lives

38. The Longest Straight Line You Can Sail on Earth
(Pakistan to Kamchatka Peninsula, Russia – 20000 miles)

40. Reversed Map with Southern Hemisphere at Top of Map (because position of North is arbitrary) 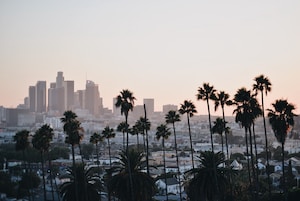 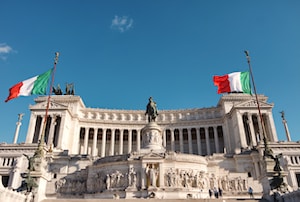