If you have been following the war in Ukraine closely like me, you may be picking up some Ukrainian swear words like Suka, Pizdets, khuylo, Blyat and more. Warning Explicit Language. One of the ways I like to learn things is by researching them and writing them on our blog. Curse words are always an intriguing subject, as you can find out a lot about a culture by what curses they use. In this post we will explore not only Ukrainian curse words, slang and vocabulary but also the Russian curse words being used. With our help you will be able to follow along and perhaps even pick up some more vocabulary when watching the news. Before we start with curse words, perhaps we should look at the common Ukrainian expression Slava Ukraini.

So, What does Slava Ukraini mean and what is the response?

For more on this expression, check our full post.

Often used with Suka – “Suka Blyat” for example (Sounds like Sukya Blat). If there is one word to learn this would probably be it. This seems to be the most commonly used curse word in Ukrainian. It isn’t a super strong word but it has many uses and can be added to other words e.g., suka blyat —creating more “combo” curse-words. In this video of the remains of a Russian convoy destroyed near the town of Bucha there are at least 25 Blyats (source: The Daily Beast)

This is perhaps the most commonly heard and used curse word in online videos. Typically we hear this after a successful Ukrainian shot on an enemy target. This insult can be heard in other Slavic languages, including Russian. There’s also a diminutive version that is actually used as a term of endearment, “suchka,”

Another core  Slavic insult, although it has ancient Indo-European roots, if that helps. dat’ pizdy and poluchit’ pizdy “to kick (someone’s) ass”.

This comes from the word “Pizda,” but is less offensive. This can also be used to describe a really “fucked-up” situation.

Literally translated, “go to dick” You will also hear thus one a lot. The european version of the middle finger accompanies this expression (left hand goes to inside of right elbow, Right hand goes up).

This is also a very common Ukrainian coursework that can be combined with  suka as an to make “suka khuylo” which means “a fucking dickhead!”

This is simply the Russian word for mother which is not really offensive, but said in the right context the meaning is understood. MMatershchina, or mat for short, is actually the term Russians and Ukrainians use to describe curse words.

This slogan was first heard as a football chant, but then became a cry of Ukrainian resistance after the Russians invaded in 2014. The anthem has since been heard around the world and on Tshirts.

This is an abbreviated version of “Putin” and the above “Poshol na khuy” and can be seen scrawled in graffiti.

The Ukrainians have a lot of words for shit, and these are some of them.

This is a deragatory word used by the Russians to describe Ukrainians. It comes from an old Cossack surname like that of Nikolai Gogol. The Russians use as a nasty ethnic slur against Ukrainians to make them seem subhuman or stupid. Keep in mind that the Ukrainians also have their own slurs to describe Russians like Katsap (Which means billy goat). 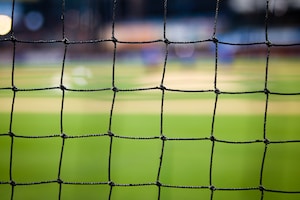 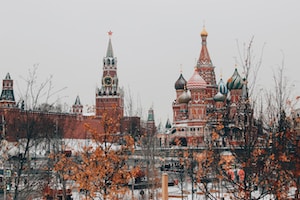 Most Common Russian Curse Words: Now that you have master the the Ukrainian Curse words, time to check 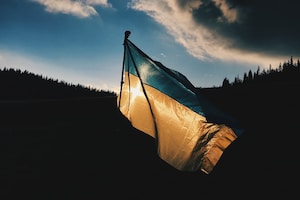 What does “Slava Ukraini” Mean and what does the reply “Heroyam Slava” mean?